FTC Rules against Kansas City FC for Deception: Tale No. 19 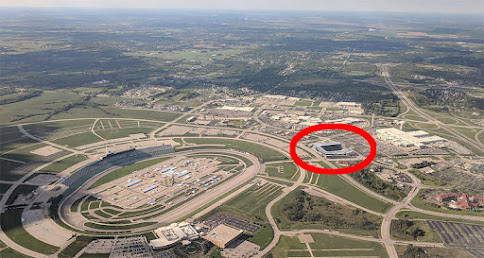 Editor's Note: With Sporting Kansas City making its inaugural visit to Buzzard Point on Sunday, May 12, all DC United fans should be aware of the following story in The Evening Star which explains the strange (but increasingly common) events to be expected in the forthcoming match.

By a 3-2 margin, the Federal Trade Commission ruled today against Sporting Kansas City, a professional soccer club in Major League Soccer. The decision if the FTC panel indicated that the club is practicing a “deceptive act” and is violating the Fair Packaging and Labeling Act (15 U.S.C. ch. 39).

As a penalty, for every game at Buzzard Point, the visiting club must submit to at least one VAR ruling that could possibly result in canceling a Sporting Kansas City goal, award a penalty kick to DC United, or confirm a disputed DC United goal.

An FTC spokesperson explained that:

To all the world outside the state of Kansas, Kansas City means Kansas City, Missouri, but the club’s Children’s Mercy Park is actually located in Kansas City, Kansas. The Commission majority ruled that such is clearly deceptive packaging in an effort to associate the club with a more prestigious community.

The FPLA clearly requires that the name and place of business of the manufacturer, packer, or distributor be accurately stated. The fair labeling provision was enacted in the post-war years when many Japanese exports went through final assembly in the city of Usa, Japan so that they could be labeled “Made in USA.”

The FTC ruled had previously ruled by a 3-2 margin to penalize the Colorado Rapids, Minnesota United, and New England Revolution. The clubs were required to re-label themselves to reflect their actual location. For instance, the Colorado Rapids could be more accurately called Commerce City Rapids because of their location in Rapid City. Similarly, Minnesota could be named the St. Paul United, and the New England team could be called the Foxboro Revolution. If they refused to rename their teams, the clubs would be subject to one adverse VAR ruling per game at Buzzard Point.

A spokesperson made the following statement concerning the case. “Two Commissioners felt that these clubs were acceptably labeled. The majority disagreed and ruled that that states or regions are not ‘places’ under federal law.”

In similar rulings, by unanimous vote, the FTC awarded double adverse VAR reviews to be levied against other clubs for what the Commission described as “even more egregious violations.” The offending clubs are as follows.

Because one commissioner (a native of The Bronx) abstained, the Commission deadlocked at 2-2 on the issue of New York City FC. The result is that they can keep their current name.

The complaint under the FPLA was brought by the Screaming Eagles, a DC United supporters group, who have a veritable phalanx of high-skilled attorneys among its membership.