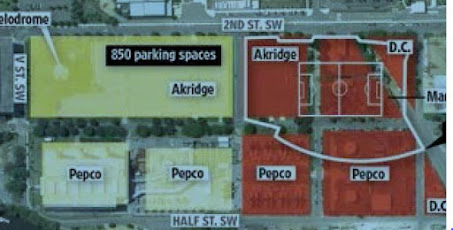 In the past, we often have closed our comments about the benefits to the city of the new D.C. United stadium at Buzzard Point with the observation that "after 30 years the District will still own the stadium land." What will that really mean for the District?

The cost-benefit report by Conventions, Sports and Leisure (CSL) that the City Council commissioned is quite well done. In fact, this report is a major reason that the city approved the stadium in a recent unanimous vote.

One underestimation of benefits in the CSL report was to not place a formal figure on the anticipated increase in value of stadium land at Buzzard Point owned by the District. CSL considered the matter too "speculative." But CSL itself had to establish a value of the Buzzard Point land in order to estimate the land real estate taxes for the report. On page 15, CSL states for calculating real estate taxes, "... increasing land valuation (is) based on a 15 percent increase through 2019 and 3.4 percent annual growth thereafter based on historical District assessed valuation growth, per the OCFO’s (Chief Financial Officer) office."

The CSL report does conclude that the development of Buzzard Point will be delayed by 8-10 years without the stadium, implying that, indeed, the land value will be higher if the stadium is built. Given the amount of new development anticipated to take place, two to three years of land appreciation at 15% followed by District average land yearly land appreciation at 3.4% is way too conservative. Therefore, not only does the CSL report ignore the value of the stadium land appreciation as a project benefit, but also underestimates the land real estate tax (including abatement) by about $12.5 million as well.

The stadium land owned by the District not doubt will appreciate during 30 years of use by DC United. However, the land would also appreciate even if no stadium gets built on it. The question is: How big a difference does the construction of the stadium make to the value of the city’s new land asset at Buzzard Point?

We don't mind doing a bit of "speculation" concerning the benefits for the District of owning the land at Buzzard Point due to the new stadium. Consistent with the CSL report, we assume that if the stadium is built, the land will increase significantly in value for the first 10 years. After taking into account inflation, since 1997 the real estate near the Verizon Center has appreciated at an annual rate of 11% per year. We will assume a more conservative 8% annual increase in stadium nominal land value at Buzzard point (see table), but also include the more optimistic 10% annual increase in land value for comparison.

We also will assume that if the stadium is not built, for the first 10 years the area will remain industrial in character, and land values will only marginally improve, at a 2% annual rate. For the second 10 years, we will assume the increase in land value will level off at 5% per year for both cases. In the final 10 years, we assume the stadium land will increase at only 3%, but due to the later start for development in the no-stadium case, we assume the land will maintain an increase in value at 5% per year through year 30.

Using those growth assumptions and using a discount rate of 4% over 30 years, the District-owned land on which the stadium sits will increase in value from net present value from (NPV) $112 million to a value of NPV $151 million for the 8% case, and to NPV $178 million for the 10% case. If the stadium is not built the NPV value of the land actually declines slightly to NPV $109 million because the average 30-year growth in land value is slightly below the 4% discount rate.

So what does it mean when we say, "The District will still own the land?" By our conservative estimate, after buying the land at Buzzard point about 30 years later the stadium land will be worth an additional NPV $39 million above its original value and also NPV $42 million above and beyond the case if the stadium were not built. This all is on top of the 4% discount rate (in other words, on top of the return the District would earn investing the same amount of money in a bond paying 4%). Additionally, there will be increases in jobs, spending, sales tax, income tax, and property tax. Finally, these figures do not include the increase in the value of land nearby the stadium, which will generate even more tax revenue for the District from building the DC United stadium at Buzzard Point.

In retrospect, we vastly underestimated the growth in the value of the land. The development spurred by the stadium has been well beyond expectations. According to 2021 estimates, the DC United franchise is valued at over $700 million. The stadium land owned by the District of Columbia is now worth multiple times its 2014 value.